Composit-Tracks introduced a new generation of MOTO 650 snow bike tracks. The track got changed shape and stiffness of the lugs...

Composit-Tracks introduced a new generation of MOTO 650 snow bike tracks. The track got changed shape and stiffness of the lugs, but what was the main reason for changes in the beloved MOTO65?

The first specialized snow bike track MOTO65 was announced in early 2018. It was then that the first Russian track began to get installed on Snowrider snowbike kits. Two seasons have passed since then, and relying on feedback from snowbikers, engineers decided to release an updated version of the track.

“Our test pilots and private users of snowbike kits use their kits in completely different conditions: from the mountain soft snow to the icy track of the snowcross, from spring thawed snow to the inflated snow of the peaks,” says Alexey Smirnov, head of the development department at Composit-Tracks. - Rest upon reviews, we realized that the track perfectly shows itself in deep snow, mountain freeride. However, in hard snow it is not as good as we want. ” The next step was the development of a new configuration of lugs, at this stage that pro-riders from Canada and the USA joined.

“The shape of the lugs is very well chosen,” says Walker Houghton, a Canadian snowbiker. - The track is stable on straight lines and allows you to confidently take turns. But when working on thicker snow, the lugs get bent and the track starts to slip. It must be stiffer. " Riders have long been practicing riding in the harshest mountain ranges, make amplitude jumps, so the versatility of the track is very important for them.

A similar situation occurs on snowcross sports tracks. “Our race tracks are prepared by the snowcat, as a result, the lap distance is always stiff, especially at the beginning of the race,” professional motorcycle racer Timur Muratov describes his impressions. “During the experiments, we found out that stiffer lugs have better traction, the snow bike accelerates and slows down much more confidently.” So, on the tracks with hard hooks, the athletes were able to show the best results and win the European Cup snow bike cross-country races.

Based on snowmobile, sports and motorcycle experience, with the joint efforts of Composit Tracks and Snowrider, a new shape of the lugs was developed and the optimal rubber composition was selected. As a result, the lugs received a more powerful base, stiffeners rise along the beginning to the very top, cut-outs on the edges are removed. But the material in turn: softer rubber will be used to make the track even more flexible. Thus, the lug remained strong at the base, the blades will not come off, but it has become much stiffer and more resistant to bending in the upper part, which eliminates excessive slipping on hard surfaces. The tape at the base of the track remains tear resistant, but will be more flexible, which makes the track easy to rotate and reliable. Changes will have a positive effect both when riding in deep snow, and when riding on hard surfaces.

MOTO650, like the previous model, will be available in three sizes. However, the 129 ”dimension will be replaced by 127”. This will not affect the driving characteristics of the snow bike in any way, since the length of the track will be changed slightly. Dimensions 120 ”and 137” remain unchanged. All three options will be installed on the Snowrider 2020 model year snowbike kits (in the SE and RS configuration). Owners of snowbikes from previous model years can also install an updated track for themselves, for this aim they need to contact the company representatives to purchase the MOTO650 track.

Made in Russia Certificate 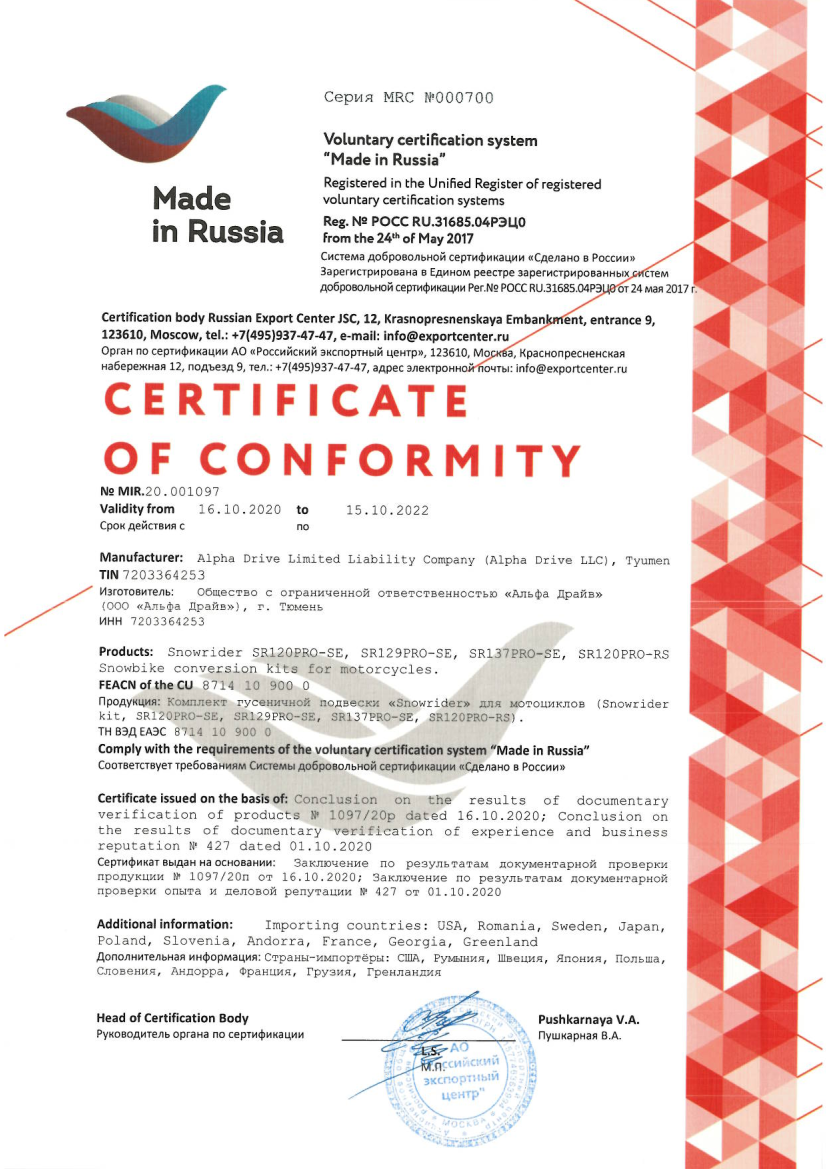 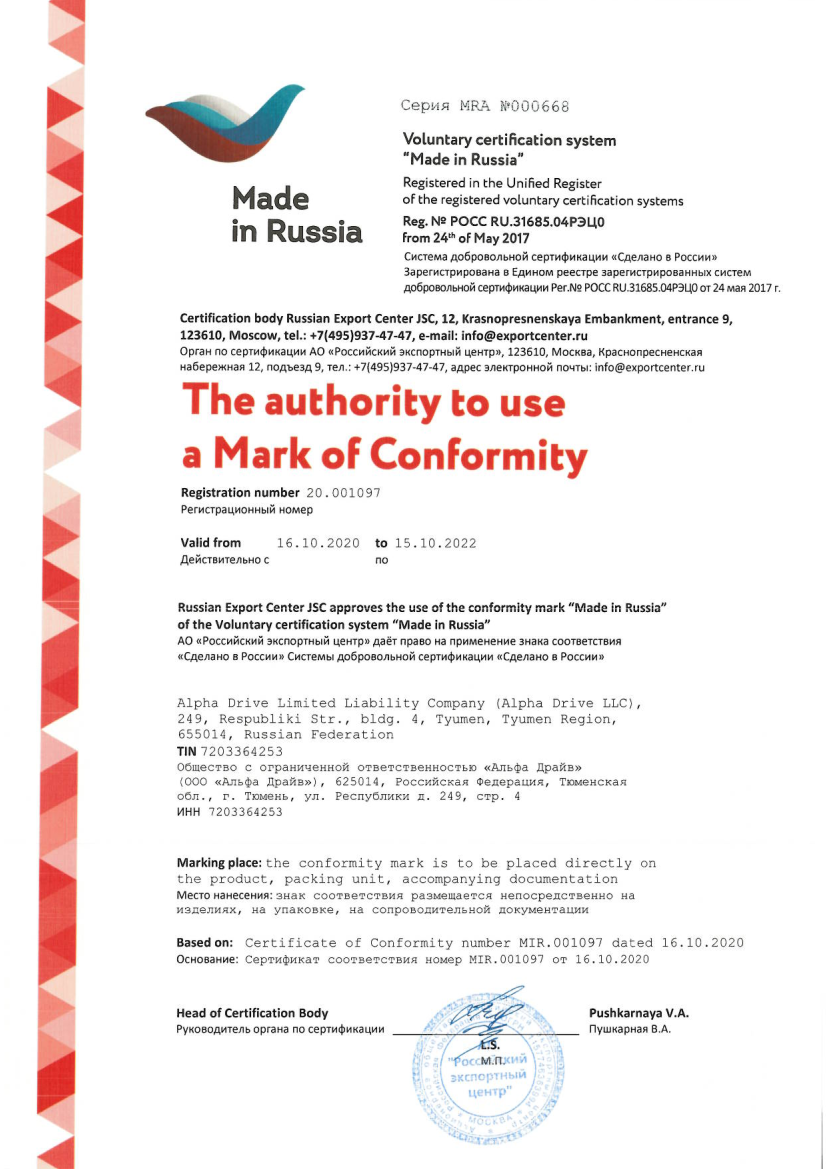